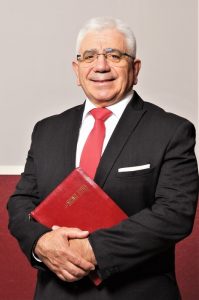 Brother Francesco PRETE was born on April 19, 1953, in Libercourt (62-France). His parents, brother Giacinto and sister Francesca PRETE, from the Pentecostal church of Pastor Francesco Capuano, brought him up in the ways of the Lord. Towards the age of 18-19, when he was a musician in that church, he accepted with an older sister, to take care of a group of young people. It is at this time there that he met the one who was going to become his wife, Mirella Rocchio, a young sister of the assembly. Towards the end of 1973, when he accepted the message of the Prophet, he was confronted with an opposition by the other church members who had not received this Spoken Word, as well as his family. He was forced to leave his church with a small group which knew that there was something about WILLIAM BRANHAM.

Brother PRETE and sister Mirella married on October 19, 1974. The ceremony was celebrated by Pastor Donat Jonckheere. This same year, he heard about the Seven Thunders of the book of Revelation, chapter 10. He felt a deep respect and knew that it was the truth. Moreover, he received a call in his heart to take care of the little flock that surrounded him. They accepted him immediately, recognizing that it was the work of God.

On February 1, 1976, brother PRETE opened his first meeting room in Roubaix (France), 152 rue de France, and he officially took the role of Pastor. On October 22, 1983, in Evian (France) at a meeting of preachers, God granted him the grace to be baptised with the Holy Spirit under the ministry of brother Joseph COLEMAN, Pastor of the assembly of New York. It was an achievement of the promises of God. From now on, nothing could be like before. “During all these years, I acquired the experience through trials and by making errors, but God was good toward me. He taught me compassion, but also to lean on Him, to count on Him, on His Power and His Help. Without Him, nothing is possible.” he declares. 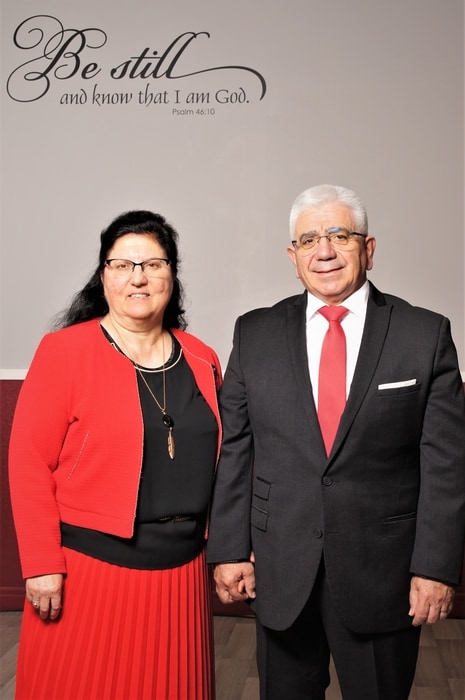